Green vegetables such as spinach, curly kale and endive, and superfoods such as spirulina, chlorella and phytoplankton all contain chlorophyll. If you consume a couple of grams chlorophyll every day, then losing weight is likely to be a little easier, according to a human study that researchers at the University of Lund published in Appetite. The Swedes gave 53 overweight women aged between 40 and 65 a daily 5 g of chlorophyll-containing thylakoids derived from spinach, and observed that this dramatically reduced their appetite for sweets and crisps.

We consume chlorophyll every day in our food by eating veggies. For example: 100g fresh curly kale contains about 250-300 mg chlorophyll.

The Swedes have been experimenting for several years with thylakoid supplementation and suspect that chlorophyll inhibits the uptake of fat in the gut. This means that fats from food travel further along the digestive tract, and as a result stimulate the secretion of hormones that regulate the feeling of satiety such as CCK and GLP-1. [Appetite. 2013 Sep;68:118-23.] 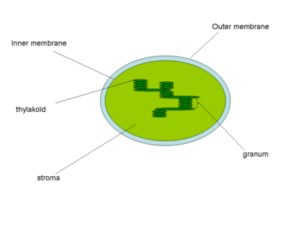